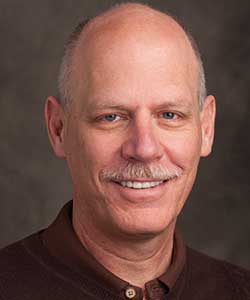 Richard Dachman is a native of Denver and attended Colorado State University. He began his produce career at his family-owned business in Denver.

Following the sale of the family business he and his father opened a new foodservice operation in Denver for Kraft Foods, Inc. before joining Kraft’s corporate office in Chicago as national director of Produce in 1987.

In 1992 Rich joined FreshPoint Inc. and was president of FreshPoint Operating Companies in Houston, Denver, Atlanta and their central procurement office in Salinas, CA.

When Sysco acquired FreshPoint in 2000 he was appointed to the position of senior vice president, Western Region and in 2007 was promoted to vice president of Produce for Sysco Corporation.

Rich was awarded the Foodservice Achievement award by the Packer in 2010, and served as chairman for the Produce Marketing Association in 2012.

He and his wife, Clari, have four sons and reside in to Sugar Land, Texas.