Wendy Reinhardt Kapsak, MS, RDN, is the President and CEO of the Produce for Better Health (PBH) Foundation. At PBH, she guides the Foundation’s efforts to work with more than 500 industry and government partners to advance the overall effort of increasing fruit and vegetable consumption through all produce forms – fresh, frozen, canned, dried and 100% juice. Prior to joining PBH, Wendy was the Global Lead for Food, Nutrition and Health Partnerships at the Monsanto Company. Prior to Monsanto, Wendy served as Senior Director of Health and Wellness at the International Food Information Council (IFIC) and IFIC Foundation in Washington, DC.

Bob Karisny has been in the food service industry for over three decades. A graduate of the Culinary Institute of America, Bob has honed his profession from line cook to Vice President. After years of working in and leading individual kitchens Bob started his 30-year-plus career in research and development where he worked at Long John Silver’s, Jerry’s Restaurants, Village Inn, Boston Market and currently over 10 years at Taco John’s® International.

MARKETING A LA CARTE is an international Marketing and Public Relations firm specializing in the foodservice industry and exclusively representing the culinary profession and foodservice associations for more than 25 years. In 2002 Ryan founded the International Corporate Chefs Association (ICCA) for the highest-ranking culinarian in the nation’s top 200 chains. In September 2013, Ryan starting another new association for the next 200 chains. The Global Culinary Innovators Association (GCIA) is designed for the growth chains that rank from 201 to 400 in annual sales on Technomic top 500-chain listing. 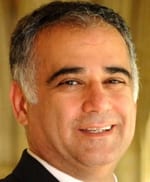 As Associate Vice President for Yale Hospitality, Rafi provides strategic vision and leadership for the hospitality and dining programs at Yale University in New Haven, CT. He ensures that its dining experiences, food, operations, standards and vision reflect the world-class reputation of one of the world’s most-renowned institutions of higher learning.

Yale Hospitality serves more than 15,000 meals per day with a staff of 840, including culinary, service, management and clerical personnel. Rafi’s organization is comprised of three operational divisions with shared business and administrative support and an annual budget of $54 million.

Since 2008, Rafi has guided the continued development of Yale Hospitality’s well-known sustainability, culinary and nutrition initiatives by merging principals of a healthy plant-based Mediterranean diet with an operational approach that promotes sustainability and regionally based food systems. He is a key member of industry councils and advisory boards and promotes collaboration among operators, manufactures, distributors and growers to address key strategic food system concerns and initiatives.

Rafi’s contributions were acknowledged by his foodservice industry peers in 2016 when he was awarded IFMA’s Silver and Gold Plate Awards. He has received numerous other awards for his vision and leadership in implementing innovative hospitality programs, including Yale University’s Seton Elm-Ivy Award in 2016, NACUFS Horton Awards in 2013, 2014 and 2016 for residential and catering events, FARE’s 2016 Excellence in Leadership, Food Service Director of the Year in 2013 and the Illuminating Excellence and Leadership recognition from Premier in 2014.