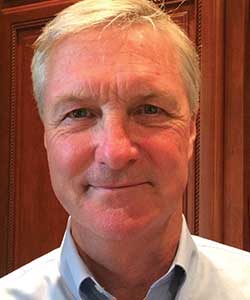 Steve Kenfield has spent his career on the front end of trends that have evolved into core aspects of the produce industry.

In the late 70’s, working for Red Coach Foods, a division of Bruce Church, Inc., that later became Fresh Express, he was at the ground floor of the fresh cut lettuce business, before fresh cut salads went to retail.

Dealing with QSR chains, regional processors and distributors serving foodservice operators with produce lead to working with the broadline distributors who were the pioneers in distributing fresh produce. Seeing the advantages that a broadline distributor had serving a segment of the foodservice industry, Steve moved his young family to Seattle where he picked up the management of the six month old produce department of Miller Cascade (today known as Food Services of America). Working closely with sales to develop a produce base, Steve was promoted to general sales manager for the 70 person street sales force selling 10,000 line items. When Miller Cascade purchased Pacific Gamble Robinson, Steve became the president of what today is AmeriFresh.

After a demanding travel schedule and expansion of his family, Steve returned to California to work with Allan Corrin. Corrin Produce’s development of the Lunch Bunch grapes, lead to the importation of Lunch Bunch from Chile in 1991 enabling year round availability of this foodservice fruit item, to a short lived joint venture in 1994 with Fresh Express to produce ready to eat table grapes, to a merger with HMC Farms in 2003. In 2007, the ready to eat grape processing facility was expanded and today is helping foodservice operators increase the applications of table grapes in foodservice as a healthy side item, grab and go snacks and as an ingredient, all targeted at increasing consumption of grapes that the company grows.

Steve lives in Kingsburg California, with his wife Ann. They have been married for 39 years.