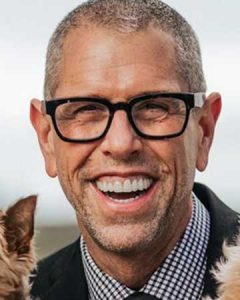 Named as one of the Top 25 Most Extraordinary Minds in Sales and Marketing by the Hospitality Sales & Marketing Association International, Andrew brings a combination of experience, passion and creativity to every endeavor.  His agency, af&co., is an innovative restaurant and hospitality consulting firm, headquartered in San Francisco with clients across the country. The agency has developed and launched concepts for over 100 restaurants and hotels, provided ongoing marketing and public relations programs for over 200 others, and has created unique culinary events of all sizes from intimate dinners to food and wine festivals drawing over 10,000 people

A dedicated philanthropist, Andrew sits on the boards of CUESA, Dress for Success San Francisco and The Richmond Ermet AIDS Foundation. He is a former board member of Meals on Wheels San Francisco, the San Francisco Convention and Visitors Bureau and the Anti-Defamation League, and was an advisor for the American Airlines LGBT committee. In 2016 and 2017, af&co. was named by the San Francisco Business Times as one of the Top 50 LGBT-Owned Businesses in the Bay Area.

Andrew is a contributing editor to numerous industry magazines and blogs and guest speaker at Industry conferences. af&co.’s annual trend report is highly regarded and has garnered tremendous worldwide coverage.